Patrik and Mino from Sweden “three is their magic number!”

Home Wedding Patrik and Mino from Sweden “three is their magic number!” 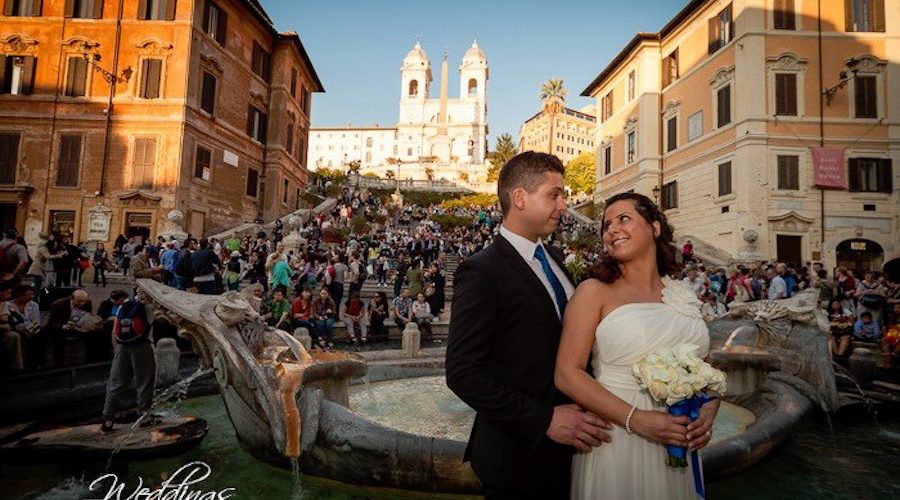 I love their story: Patrik and Mino, a Swedish couple, went for years to the same elementary school, without noticing each other. It was probably the wrong time.

Three years ago Mino saw Patrick from her car. She was waiting for her brother who was late when she saw a handsome man in the distance walking with a small child at his side, perhaps his son…She recognized him from the school days and for a moment was sorry he was married with a son and that she hadn’t got to known him better in school.

A week later, at a dinner between friends in which they talked about dating, there was a friend of Patrik who recognized Patrik through Mino’s words.

Obviously he told Patrik of this girl who had been hit by him. Patrik then asked her friend to organize a dinner with Mino and another friend in common.

Their love is based on three fatal meetings and what a coincidence! 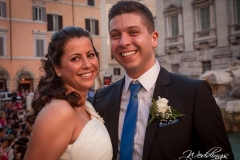 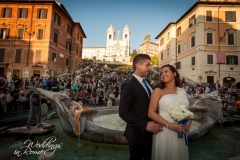 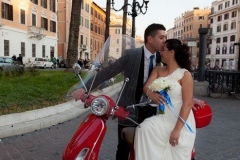 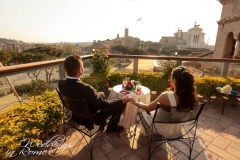 Sweet Patrik and Mino chose a lovely roof top restaurant with view of the Forums. It was a beautiful spring day in Rome. The weather was just perfect!

Our photographer met the bride and groom and their hotel while they were getting ready. Following we went to the hotel and our Swedish celebrant performed a moving ceremony. Mino was in tears…A toast and quite time enjoying the sunset and view followed. Then off we went to take pictures to the main sites in Rome. People cheered along the way lots of clapping at Trevi Fountain, romance and a little “Vespa time” at the Spanish steps and lastly majestic Colosseum.

Mino and Patrik enjoyed a romantic dinner at a beautiful roof top restaurant with view. What a day! We are now waiting for three lovely children!!