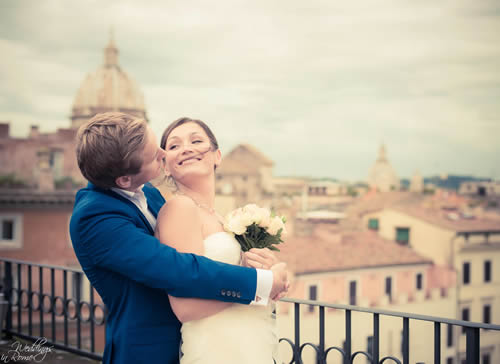 Advance booking is recommended, but no more than six months prior to the wedding date. The ceremony lasts approximately thirty minutes and ends with the exchange of rings in the presence of two witnesses and an interpreter, as required by the Italian Law. Civil ceremonies are usually held in one of the following three renowned wedding sites:

Campidoglio, one of the seven hills of Rome which contains few ancient ground-level ruins, is surrounded by a magnificent piazza designed by Michelangelo and overlooks the Roman Forum in the heart of the historic Rome. For wedding ceremonies, Campidoglio is opened only on Fridays and Saturdays from 09:00 to 12:00 and from 16:00 to 18:00 and Sundays from 09:00 to 12:30.

According to the Italian Law, only catholic weddings have both religious and 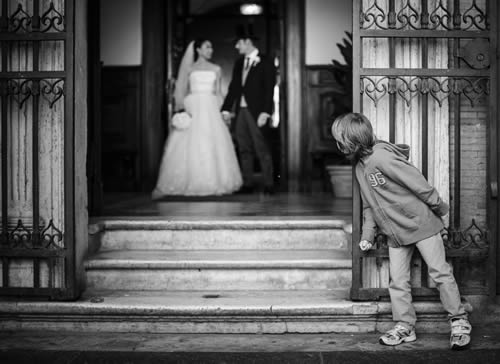 civil value and they are performed exclusively in a church, but a civil ceremony either in the couple’s home country or in Rome is firstly required.

The ceremony can be celebrated in one of the most spectacular and ancient churches and you’ll certainly be impressed by their beauty, majesty and sacred atmosphere.

The “blessings” or symbolic ceremony, may be held in whatever preferred setting without any limitations or restrictions (castles, hotels or other beautiful locations) and you can bring your own celebrant with you.

Depending on the nationalities of the bride and groom and the type of ceremony they have chosen, all documents and procedures required must be handled by both spouses with the competent authorities at home.

It is also suggested to book the Town Hall wedding rooms or churches at least six months in advance, especially if the wedding is to be held during one of the busiest period of the year.

As a rule, the required documents are valid six months.

Days and hours during which consulates and government offices in charge of marriage procedures are open may change without advance notice.